SEPANG, June 22 (Bernama) -- The ‘Makkah Route’ initiative which aims to facilitate the entry of Malaysian pilgrims into Makkah has eased the affairs of the pilgrims involved and helped saved a lot of time, said Deputy Minister in the Prime Minister's Department (Religious Affairs) Datuk Ahmad Marzuk Shaary.

He said through the initiative the pilgrims are on the plane in less than an hour and the final check of their passports takes only half a minute or so.

"Alhamdulillah, the immigration process has been simplified and greatly eased the affairs of Malaysian pilgrims. 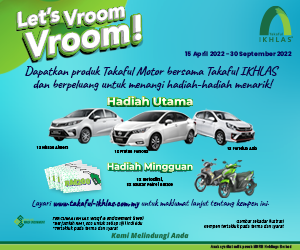 “As we are aware some of them are very old and needing to wait can be very inconvenient for them,” he said when checking on the 'Makkah Route' process organised by the Royal Embassy of Saudi Arabia in Malaysia at the Kuala Lumpur International Airport (KLIA) here today.

Through the Makkah Route, prospective Malaysian pilgrims to Makkah are no longer required to go through time-consuming procedures upon arrival at the Saudi Arabia airport.

Saudi Arabian immigration personnel will be at the KLIA counters to vet the pilgrims’ passports and on their arrival at Jeddah or Madinah, they are not required to go through the immigration and customs processes there.

Malaysia was the first country selected for the Makkah Route pilot programme in 2017 and this was continued in 2018 and 2019.

This year, Malaysia was among five countries selected to participate in the initiative along with four other countries namely Morocco, Pakistan, Indonesia and Bangladesh.

Ahmad Marzuk said as of yesterday, over 7,000 pilgrims or about half of Malaysia's haj quota had arrived in Makkah through the initiative adding that Malaysia was selected based on several factors including its orderly management of pilgrims and the strong ties between Malaysia and Saudi Arabia.

Adagene declares share repurchase programme authorisation up to US$10 million