Opinions on topical issues from thought leaders, columnists and editors.

Provide The Right Education To Address Underemployment
03/11/2020 08:55 AM
Opinions on topical issues from thought leaders, columnists and editors.

LONDON: The consensus is that the need for dispute resolution and arbitration related to various commercial claims and legal defences will increase as an unintended consequence of the economic and health impact of the COVID-19 pandemic.

When these disputes involve the state and foreign investors, and international companies, the implications are indeed complex. The indications are that dispute resolution through mediation is set to increase as a result of the economic impact of the pandemic in international trade and business transactions.

“The COVID-19 pandemic,” maintains Kwadwo Sarkodie (pic), partner in the international law firm Mayer Brown specialising in litigation and arbitration, “has given rise to a significant drop in many commodity prices as a result of a sharp decline in demand. Restrictions on travel due to lockdowns are likely to restrict the ability of parties to deliver on contracts. There will inevitably be non-compliance even with the best of intentions. We will see an increase in commercial disputes and in the uptake of dispute resolution.”

This changing economic, financial and business landscape, he reckons, is unavoidable. It will impact on commercial relationships and vendor contracts, which were profitable at the onset but due to COVID-19 might no longer be viable to one or both parties. In that case, the prospect of disputes arising significantly increases. This in turn increases the importance of dispute resolution. The impact of the pandemic, especially if there is a prolonged second wave of infections, will be drawn out over a few years, which means that increased dispute resolution may become a feature of the business and finance landscape in countries around the world.

Datuk Professor Sundra Rajoo, one of Malaysia’s and the region’s prominent arbitration experts, concurs that there is likely to be a lot of COVID-19 related disputes concerning various claims and defences. However, the extent of this potential disruption is highlighted by his concern also of the financial impact on the dispute resolution mechanism itself, especially if litigants or parties, already faced with serious financial and business liabilities due to the pandemic, may have difficulty in paying even professional and other fees relating to the mediation process and any settlement agreement.

Dispute resolution in Malaysia is currently faced with a number of challenges, including the uncertainty of the continued impact of the pandemic and the drain on resources; the hiatus surrounding the Asia International Arbitration Centre (AIAC), formerly the KL Regional Centre for Arbitration (KLRCA); and the launch of the UN Convention on International Settlement Agreements Resulting from Mediation (the Singapore Convention on Mediation), which came into force on 12 September 2020.

So, what is the state of arbitration and dispute resolution in Malaysia and the ASEAN region? The Asian International Arbitration Centre (AIAC) is a not-for-profit, non-governmental international arbitral institution, established in 1978, under the auspices of the Asian-African Legal Consultative Organisation (AALCO).

“There is a problem as there is an ongoing dispute between AALCO and the Government of Malaysia on AIAC and there is no director appointed. Appointments and activities are at a standstill in AIAC. The rest of ASEAN is continuing as usual,” explained Rajoo, who had led the organisation for nine years.

Putrajaya appointed prominent lawyer Vinayak Pradhan as acting director in November 2018 following the resignation of Rajoo but his nomination was disputed by AALCO, the parent organisation of AIAC. Nevertheless, Pradhan continued as acting director until his death on 8 March this year.

To date a replacement has yet to be appointed by the Malaysian government, despite a clamour from lawyers for the appointment of a director, without whom the arbitral process cannot begin because he or she appoints the arbitrators in any dispute case. The result, stress lawyers, is that parties involved in a dispute may be forced to resort to litigation through the courts which is a costly and drawn-out process.

One option could be to reappoint Rajoo as the interim director. He is currently heading his own private practice, Sundra Rajoo Arbitration Chambers Sdn Bhd, in Kuala Lumpur. The other option for litigants and disputing parties is to migrate to mediation instead of arbitration, which is costly, and the process can be drawn out. Lawyers such as Sarkodie strongly advise commercial parties to also consider mediation.

“The Singapore Convention is welcomed by the developing countries as shown by the fact that they are the main countries who signed the convention. A lot also depends on China on how it will use it in its Belt and Road Initiative (BRI),” explains Rajoo. The Singapore Convention, of course, differs from AIAC in that the former is a UN treaty whereas the latter is an arbitration institution.

The Singapore Convention on Mediation, explained K. Shanmugam, Singapore Minister for Home Affairs and Law, at the launch, “is the missing piece in the international dispute resolution enforcement framework. It will help enhance the cross-border enforceability of mediated settlement, and business and finance will benefit from greater certainty and assurance.”

As of October 2020, fifty-three countries, led by the US and China, have signed up to the Singapore Convention. So far, 10 African countries and 11 each from the Middle East & North Africa (MENA) region and South East Asia have signed up to the Convention including Saudi Arabia, Singapore, Nigeria, Ghana, Fiji, Qatar, DCR, Mauritius, Gabon, Guinea-Bissau, Benin, Congo, Eswatini and Chad. Despite the fact that the US and China are founding signatories, the majority of members are from developing countries. Six nations including Belarus, Ecuador, Fiji, Qatar, Saudi Arabia and Singapore have also ratified the articles of the Convention.

“These statistics,” stress Sarkodie, “indeed suggest a tendency towards adoption of the Singapore Convention amongst nations within Africa, the MENA region and Southeast Asia. Of the current 53 signatories to the Singapore Convention, approximately 60% are from these regions. Of those nations that have ratified the convention, 50% again fall within these geographies.”

The Singapore Convention, according to Sarkodie, will facilitate international trade and commerce by enabling disputing parties to easily enforce and invoke settlement agreements across borders. Businesses will benefit from mediation as an additional dispute resolution option to litigation and arbitration in settling cross-border disputes.

China’s participation, says Sarkodie, could be positive in the Belt and Road Initiative (BRI) especially in Africa, where its vast commercial relations is usually through state or quasi state-owned companies, which have a huge amount of commercial leverage.

“In an age where international trade is peaking, and trade between China, Africa, MENA and SEA are increasing as a result of BRI, having signatories from across these jurisdictions means that the Singapore Convention can play an important role in aiding the amicable settlement of international commercial disputes.”

One reason why many emerging countries are adopting the Singapore Convention is that many of them, especially in Africa, are increasingly engaging with ADR (Alternative Dispute Resolution) partly because of the high cost associated with traditional arbitration. South Africa’s Department of Trade and Investment (DTI), for instance, is currently consulting through draft proposals on a ‘home-made’ investor-state mediation mechanism in an attempt to replace bilateral investment treaty arbitration or instead of joining an international one such as the UN-administered Singapore Convention on Mediation.

Many signatory countries including Ghana, the 53rd member country, have long been trying to encourage infrastructure and energy companies to invest and conduct business in the region. They have taken several steps to assure directors and potential investors that business activity is done fairly and safely. Ghana’s accession to the Singapore Convention is another positive step in that direction. Whether it and other Afro-Asian-MENA countries are going far enough to reassure businesses that they are a 'safe bet' to invest in or to trade with, only time will tell.

Not surprisingly, Sarkodie warns against overstating the effect of the Singapore Convention. “We will see after September the impact it will have. It’s another tool and recourse in the context of dispute resolution with regards to investment and allows parties to manage the risks of disputes. The convention is not a game changer. A country such as Ghana, in signing up to it, won’t transform the landscape to investment or ease of access or doing business. It is a positive step in another piece of potential reassurance in doing business. It is likely to lead to an evolution of a broader general implementation of doing business rather than to have a transformative impact.”

It complements The Convention on the Recognition and Enforcement of Foreign Arbitral Awards (the New York Convention) developed by The United Nations Commission on International Trade Law (UNCITRAL).

“The New York Convention is the most successful arbitration and dispute resolution mechanism. The aim is for the Singapore Convention to repeat this success in the field of mediation. However, users of the arbitration convention do highly its high costs and its duration. Mediation is one of the alternative means in which that process can be shortened in the interest of all commercial parties, Overall, it is a faster and less costly means of forcing mediation and supporting its outcome,” adds Sarkodie.

The Singapore Convention promotes and encourages mediation by increasing the confidence of the parties in the process which will lead to a settlement agreement which can be enforced in courts of the jurisdictions that have acceded to it. The difference between the two conventions is that the New York one covers the sphere of arbitration while the Singapore one the sphere of disputes which have been resolved by mediation and a settlement agreement.

“Arbitration is a binding process more like court proceedings. It is usually included in contracts to which both parties agree to. Mediation is a more consensual process. Parties have agreed to settle through discussions through the process of a mediator. An arbitration clause and a mediation clause are not mutually exclusive. Parties can often provide for both. I would advise for the parties to do that.”

The high cost and duration of arbitration is a strong motivation for contracting parties to agree to mediate.

Given that Islamic commercial contracts are on the increase in Africa, the MENA region and Southeast Asia, where 57 countries are members of the Islamic Development Bank, Sarkodie agrees that mediation is a strongly recommended tool in Islamic commercial law.

“The Singapore Convention does not prescribe the form of mediation. It’s up to the parties to agree to the format. If they agree to a format which is Syariah-compliant and mediation is conducted accordingly then the resulting agreement could then be enforced without worrying about falling foul of Syariah legal principles,” he contends.

It is still very early days in the progress and development of the Singapore Convention. Ratification of the convention, says Sakordie, requires signatories to develop domestic laws to support it, which will take time (though UNCITRAL has developed a model law - UNCITRAL Model Law on International Commercial Mediation and International Settlement Agreements Resulting from Mediation, 2018 - for countries to use as a guide).

The notion that key nations, such as the US and China, he adds, have already signed the agreement provides some assurance that traction will begin to develop. Ultimately commentators believe that the convention, if it receives widespread ratification, will encourage individuals to use mediation (especially in those jurisdictions where there is limited experience in, or alternative forms of, ADR).

“As an alternative to (or alongside) using the Singapore Convention, parties may seek to enter into an arbitration agreement (enforceable under the New York Convention) that, as a first stage, requires the parties to mediate – and then opt to mediate through this channel. The mediation settlement itself could then potentially be enforced under the Singapore Convention,” explains Sarkodie.

Mushtak Parker is a London-based independent economist and writer.

(The views expressed in this article are those of the author and do not reflect the official policy or position of BERNAMA)
Keywords : mediation disputes covid-19 convention arbitration 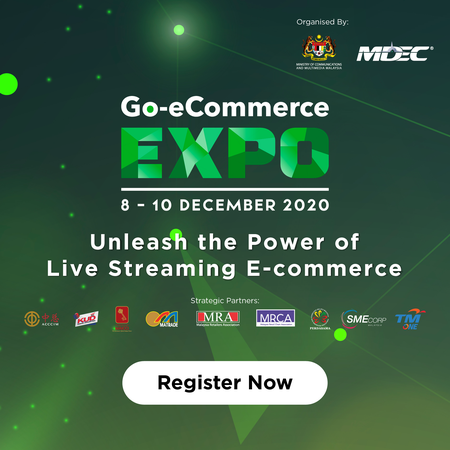