GEORGE TOWN, Jan 13 -- The government needs to introduce laws on the production, use, recycling and disposal of all plastics containing toxins that cause great harm to humans and the environment, urges the Consumer Association of Penang (CAP).

Its president Mohideen Abdul Kader said Malaysia is one of the main destinations for plastic waste exporters which is seen as a profitable business but it poses serious problems to the environment and life due to lack of regulation and supervision by the authorities.

"This is because plastics that are not suitable for recycling may be disposed of through incineration, thus releasing toxic chemicals into the environment or maybe dumped in landfills. 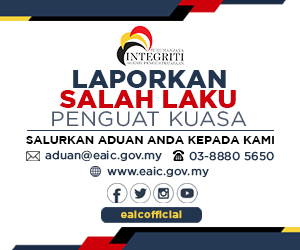 “This can potentially cause the ground and water source to be contaminated,” he said at a press conference here today.

He said, according to a study conducted by CAP since 1998 on used plastic that is recycled into pellets, it was found that there were chemicals in the pellets that danger to health.

"We discovered that recycled plastic pellets from plastic recyclers export and sell the pellets to local manufacturers to make new products.

“All the pellets were analysed and divided into three groups that contained harmful chemicals such as the UV stabilizer benzotriazole, brominated flame retardant and bisphenol A," he said.

Meanwhile, CAP research officer Hatijah Hashim, said benzotriazole UV stabilizers are a group of UV stabilizers added to plastics, coatings and cosmetics that can accumulate and persist in the environment so the chemical will disrupt the endocrine system (the system in the body responsible for producing hormones by certain glands and enter the blood to regulate bodily activities).

“The brominated flame retardant and bisphenol A can also affect the endocrine system, the immune reproductive system. In fact, some were found to affect a child’s brain development, " she said.

Therefore, she said, the government should not encourage businesses to recycle toxic plastics because it not only destroys the environment but also affects the health of workers and consumers.

"The production of plastics must be reduced drastically and plastic waste traders must be banned under the law,” she said.

Search for victims from capsized boat off Teluk Ramunia called off