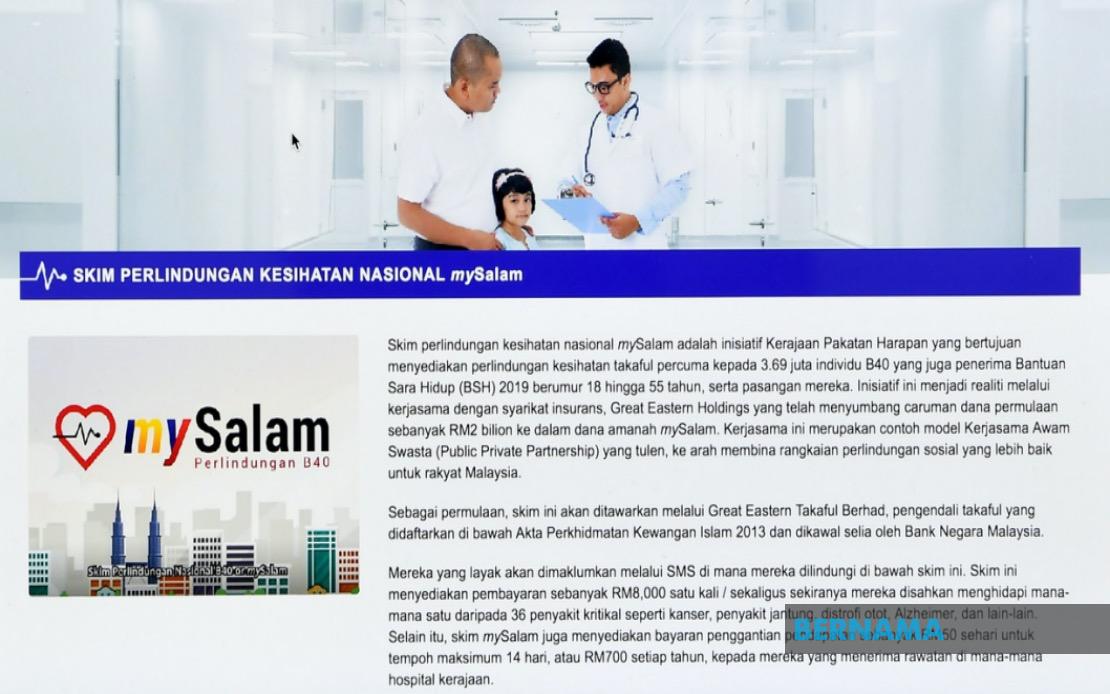 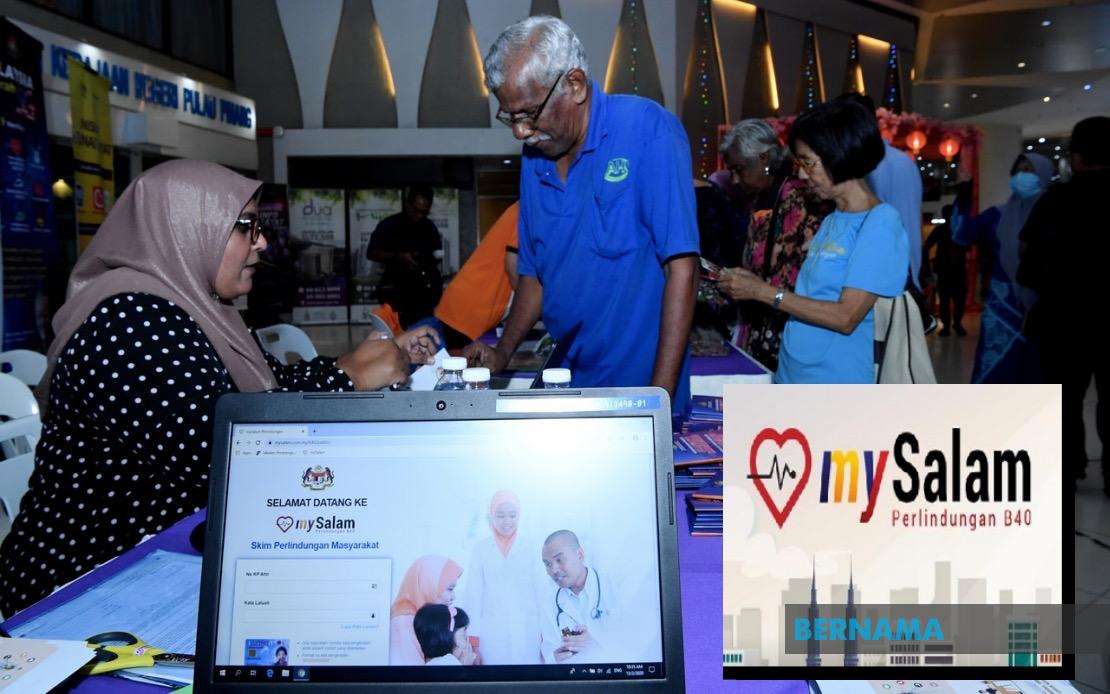 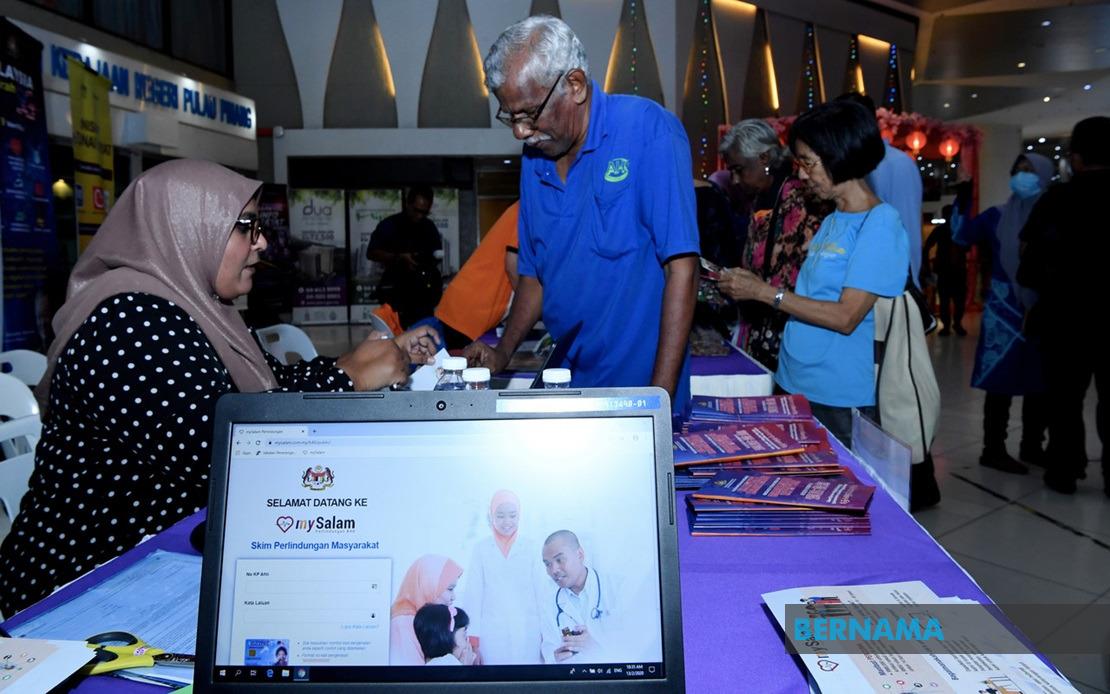 IPOH, Feb 13 -- The fast payment made for claims under the mySalam national health protection scheme has brought great relief to patients, especially those without fixed income or the low-income group who had to take leave from work.

Zainah Zainurdin, 35, a food trader in Teluk Intan, said she received RM50 daily as income replacement while being warded at the Teluk Intan Hospital in October last year.

Praising the efficient payment process, she said the mySalam claim payment was credited into her bank account in less than two weeks, enabling her to use the money for her daily expenses and to buy business supplies after her sick leave.

"I was warded for six days due to prolonged fever and cough. I applied for mySalam benefits in November and in less than two weeks I received RM300, which was credited into my bank account," she told Bernama here today.

Single mother Nurzaiti Hamid, 40, said she received payment for both of her claims while being treated at the Raja Permaisuri Bainun Hospital here for a lung-related disease last December and January.

"The first time I was warded for four days in December last year and the second time I was in hospital for 10 days in January.

"I received a payment of RM200 for the first admission and RM500 for the second time, which were credited less than 10 days after each application date," said the mother of five, who is also a recipient of the cost of living (BSH) aid.

The mySalam scheme, initiated by the Pakatan Harapan government, offers two types of benefits for 45 critical illnesses, whereby recipients are entitled to a one-off payment of RM8,000 and hospitalisation allowance of RM50 per day at any government hospital, university medical hospital and army hospital for a maximum 14 days or RM700 per annum.

BSH recipients aged 18 to 65 and their spouses, recipients of BSH aid for bachelors and disabled people, as well as the middle-income group (M40) with an annual income of less than RM100,000 are eligible for the benefits .