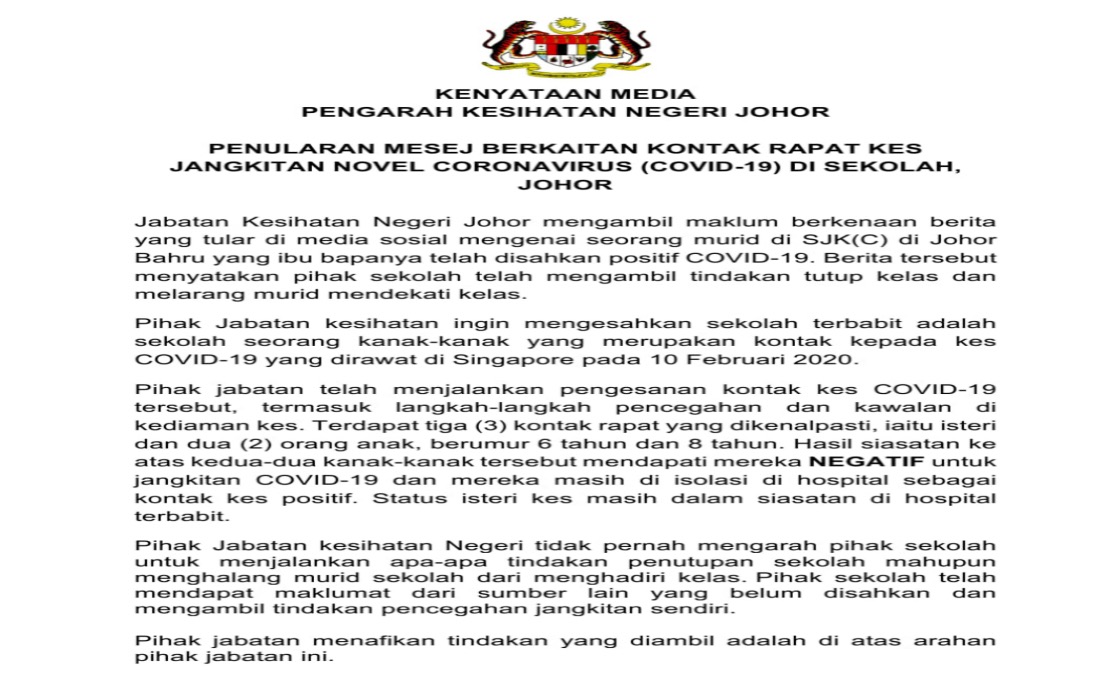 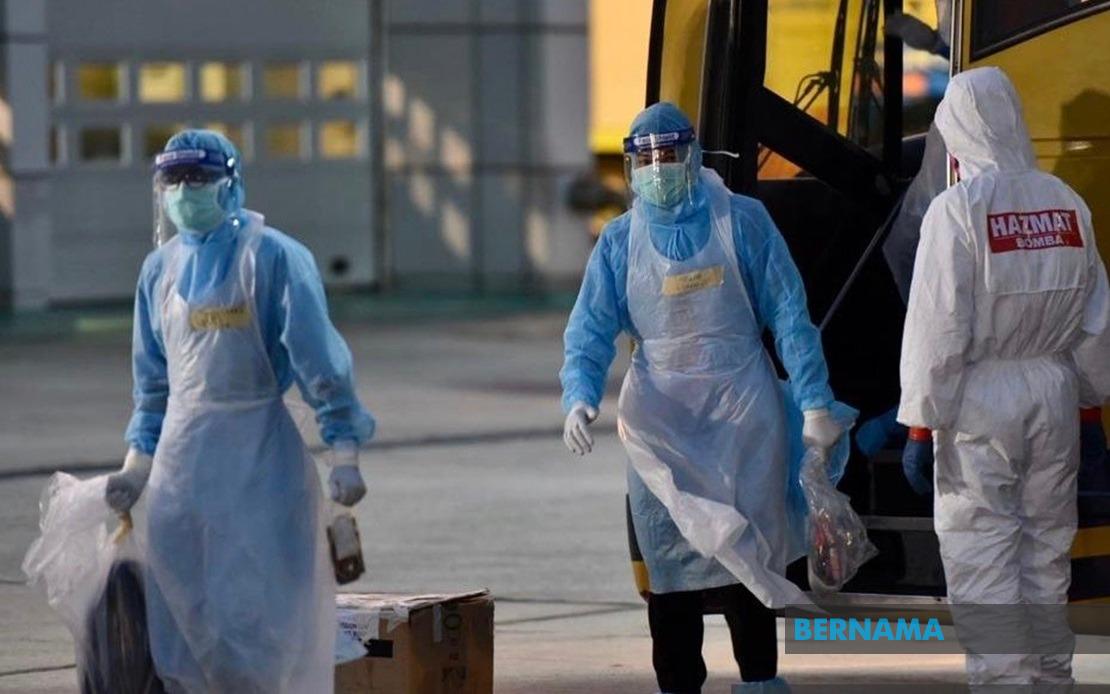 KUALA LUMPUR, Feb 12  -- The Johor Health Department (JKNJ) had never ordered the closure of a national-type (Chinese) school in Johor Bahru nor prevented its students from attending classes due to the threat of COVID-19 infection, its director Dr Aman Rabu said.

"JKNJ refutes claims that the instruction was the department’s directive," he said in a statement via JKNJ's official Facebook tonight.

He was commenting on social media postings on a student at the school whose parent had been diagnosed COVID-19 positive. According to the postings, the school authorities had stopped classes and prohibited its students from entering the school.

"The school authorities have been receiving unverified information from other sources and is taking preventive measures on its own accord," he said.

Dr Aman said the student is linked to a patient being treated in Singapore since Feb 10.

"JKNJ is conducting contact tracing of the COVID-19 case, including taking preventive measures at the family’s residence. Three close contacts have been identified including the patient’s wife and two children, aged six and eight," he said.

The two children were tested negative but are still placed under isolation for being positive-case contacts while the condition of the patient’s wife is still being investigated by the hospital.