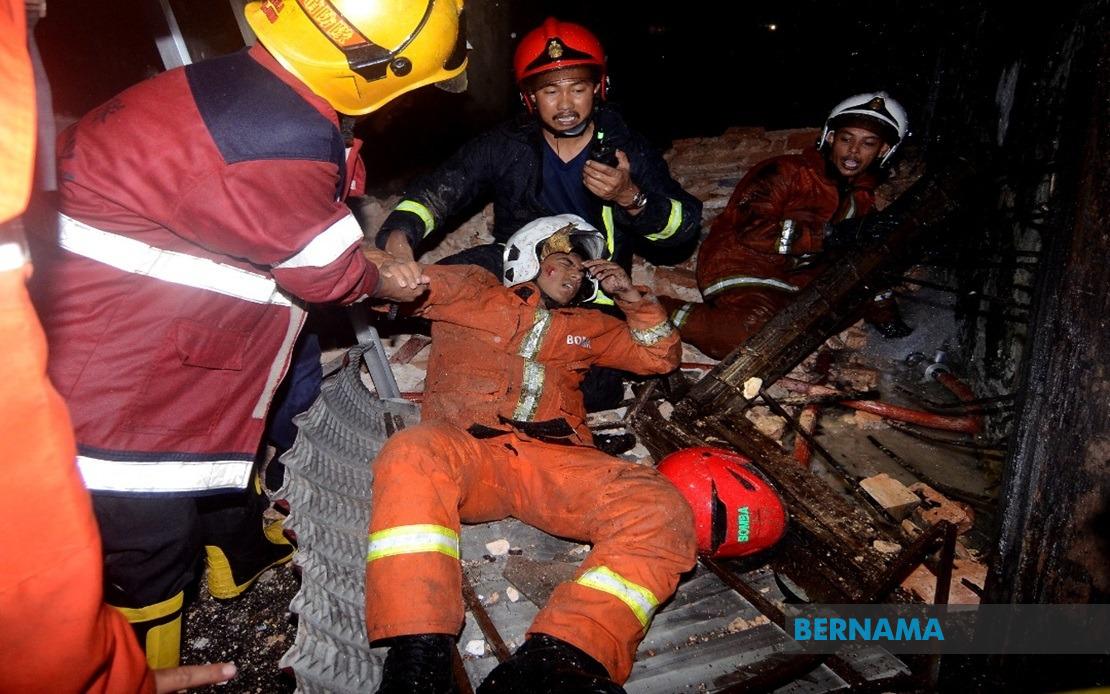 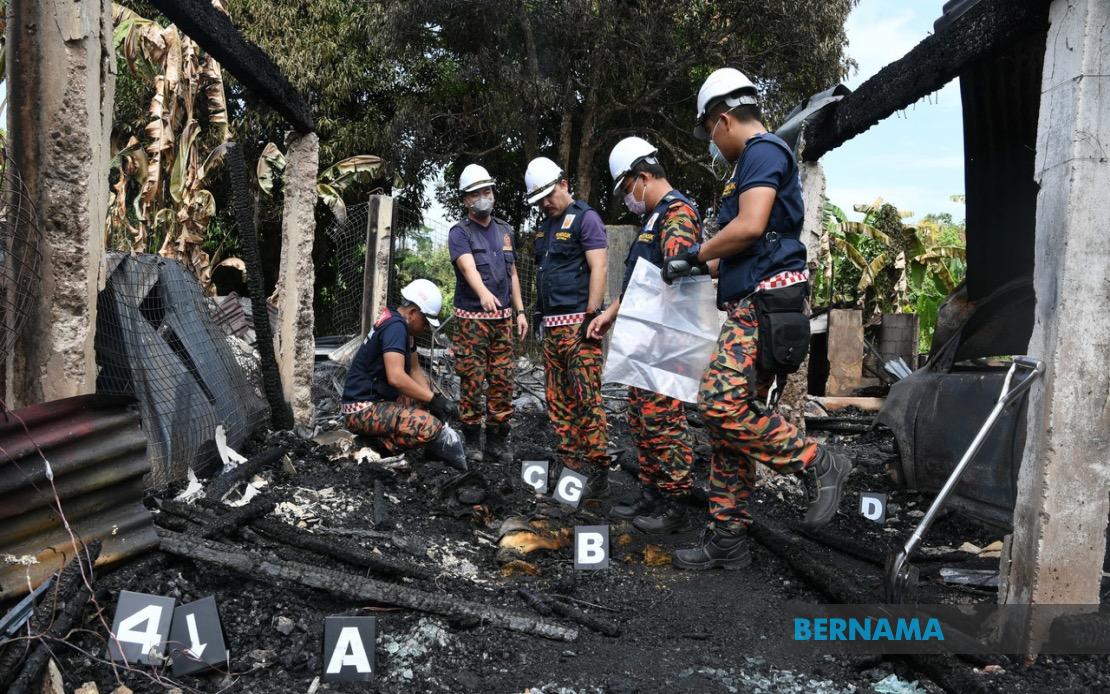 Membakut fire: They were screaming for help - Neighbour GEORGE TOWN, Feb 13  -- Four firefighters were injured when the side wall of the three two-storey shophouses on fire in Lebuh Carnavon, that they were spraying with water, suddenly (wall) collapsed, here last night.

Penang Fire and Rescue Department director Saadon Mokhtar said the injured were a fireman from Bagan Jermal Fire and Rescue Station and three members of the Volunteer Fire Brigade who helped put out the fire.

“Fortunately, the injuries they suffered were not serious and all four, in their 30s, were sent to Penang Hospital and were reported to be in stable condition," he told reporters at the scene here last night. .

Firemen received a distress call about 8.58 pm and immediately rushed to the scene and upon arrival found the blaze had engulfed three shophouses selling paper, alcohol and a gold shop.

Saadon said the swift action by the firefighters had prevented the fire from spreading to an aged care centre located in the adjoining building.

“Some 73 senior citizens were evacuated from the premises by the staff there with the assistance of the public at the scene,” he said.

He said 70 officers and firefighters along with three fire-engines from the Lebuh Pantai, Jalan Perak and Bagan Jermal fire stations were involved in the firefighting operation which was completed around 12 midnight.

Meanwhile, Penang Chief Minister Chow Kon Yeow, who was present at the scene of the fire thanked the firefighters for preventing the fire from spreading to the care centre for the elderly.

“All the elders have been temporarily transferred to the youth centre at Lebuh Acheh and  Khoo Kongsi in Lebuh Kimberly.

The cause of the fire and the total losses incurred are still under investigation.

Membakut fire: They were screaming for help - Neighbour