“A big thank you to the people of Melaka who supported BN, we see a dynamic move in politics after four years, the people are back to supporting UMNO and BN,” he told reporters after officiating the opening of the Flight Simulation Centre belonging to the Malaysian Institute of Aviation Technology (UniKL MIAT) today.

In the election, BN won 21 out of the 28 state seats up for grabs while Pakatan Harapan (PH) won five and Perikatan Nasional (PN) won two seats. 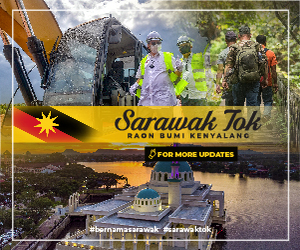 On BN deputy chairman Datuk Seri Mohamad Hasan's suggestion that the 15th general election is held in the near future following the coalition’s comfortable win in Melaka, Mahdzir said the matter will be discussed with the top leadership and also Prime Minister Datuk Seri Ismail Sabri Yaakob.

Meanwhile, on the event today, Mahdzir who is also Rural Development Minister, said UniKL MIAT which started operating in 2015 is now equipped with avionics equipment with real aircraft standards, namely the Flight Simulation Centre for the Aircraft Type Rating programme for Boeing 737-800 aircraft.

He said the B737-800 simulator worth RM2.9 million was also the only simulator operating in Malaysia apart from the one available with Malaysia Airlines.

Appropriate for GE15 to be held in near future - Mohamad Hasan

PN will not be dissolved, to uphold its principles - Muhyiddin

It's not over yet for BN, people’s interests still close to party’s heart - Zahid
More News