KUALA LUMPUR, April 5 -- Southern Thailand's most powerful armed group, the Barisan Revolusi Nasional (BRN), has announced a ceasefire to enable humanitarian and medical access into areas affected by COVID-19 outbreak in the province.

In a statement, dated Friday, April 3, the shadowy armed group said it is taking measures “to cease all activities" effective Friday (April 3), for as long as "BRN is not attacked by Thai Government personnel”.

"In order to create a safer and more suitable environment for the people of Patani for health care agencies and other organisations tasked with preventing and containing the outbreak of coronavirus, BRN  is now taking measures to cease all activities…," said the statement which was issued by the group's central secretariat.

According to BRN, the COVID-19 pandemic, which has claimed several lives in the southern province is the "principal enemy of the human race" and the group reiterated its commitment to cooperate in overcoming the disease.

"...as a defender of the Patani Nation, BRN calls on the entire Patani Nation to strive to protect each other and their families as much as possible and to pray to the Creator," said the statement, adding that it is also its duty to preserve "our nation and descendants" from being infected by the virus.

The group said the current climate of anxiety and hardship faced by the people in Pattani is further aggravated by increasing military operations, which are "inhumane and senseless." 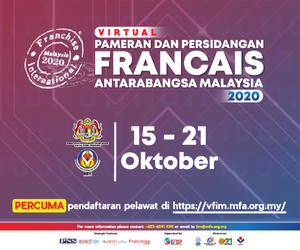 Thailand's Centre for COVID-19 Situation Administration (CCSA) has reported that 20 people in the Kingdom have died from the virus and 2,067 people infected.

In a televised address, Thailand Prime Minister Gen Prayut Chan-o-cha announced a nationwide curfew from 10 pm until 4 am effective last April 3 in a bid to contain the virus which has wreaked havoc throughout the globe.

Facilitated by Malaysia, BRN and Thailand's peace dialogue panel had held historic meetings in Kuala Lumpur in January and March this year in the latest bid to forge peace in the violence-wracked provinces of Pattani, Yala, Narathiwat and Songkla.

As the most influential armed group in southern Thailand, BRN has been blamed by Thai authorities for most of the armed-conflict related violence that happened in the southern provinces.

The armed conflict in southern Thailand,  which borders northern Malaysia, has raged since 2004, claiming more than 7,000 lives.

SIA to begin non-stop services to New York next month