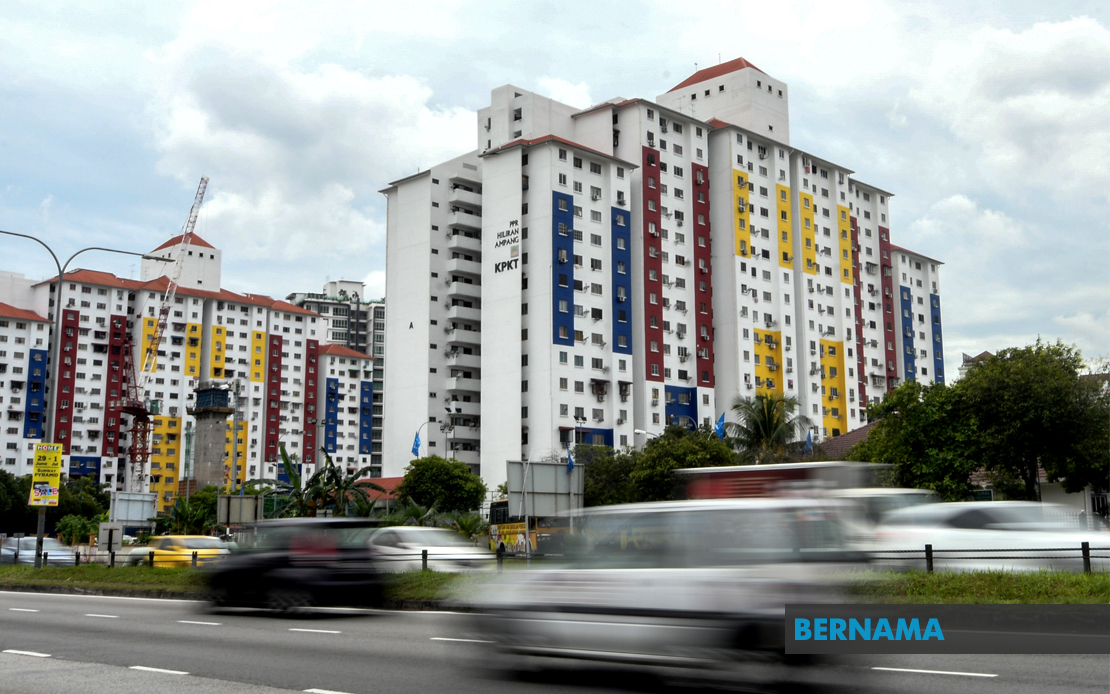 A PPR Project in Kuala Lumpur. --fotoBERNAMA (2020) ALL RIGHTS RESERVED 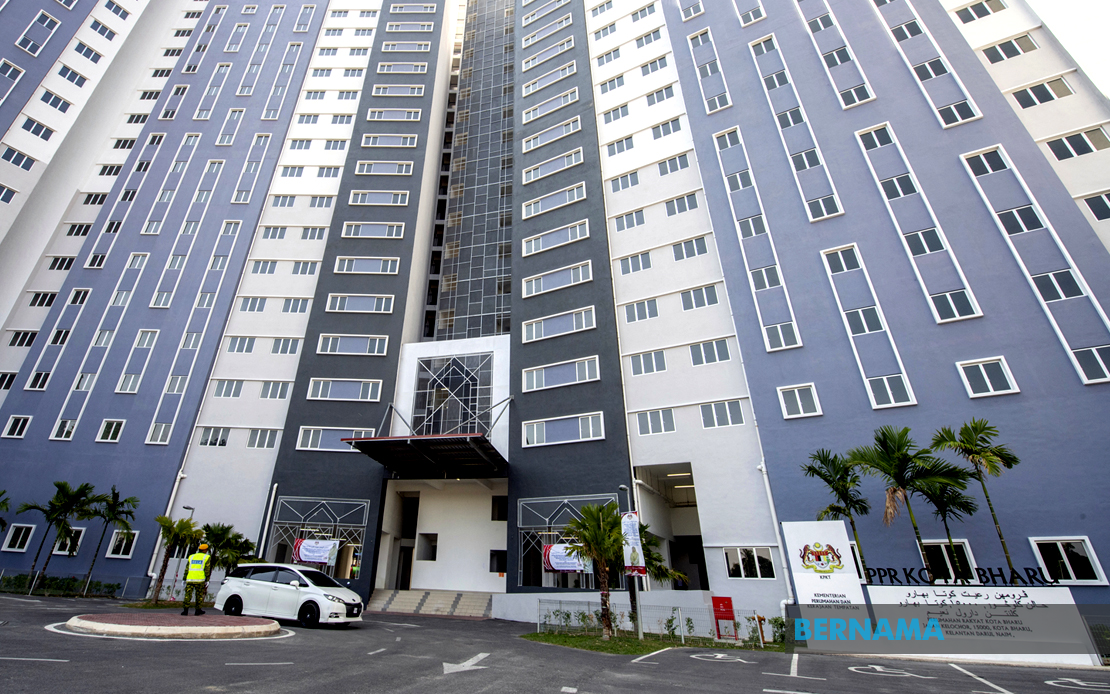 A PPR Project in Kota Bharu. --fotoBERNAMA (2020) ALL RIGHTS RESERVED 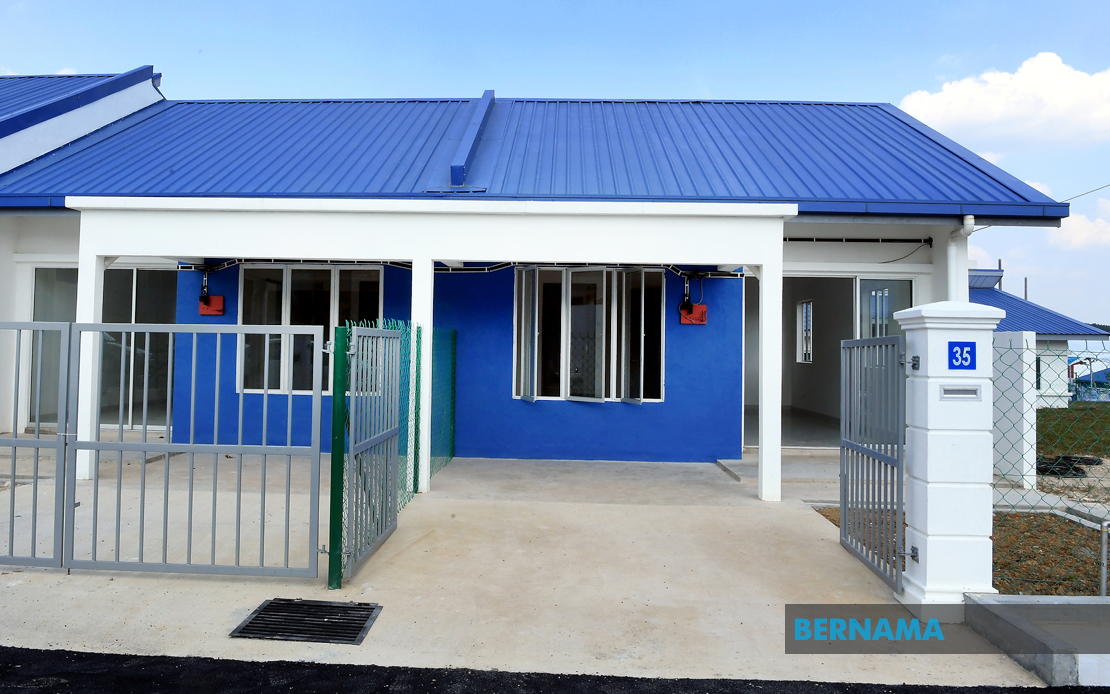 A PPR Project in Seremban. --fotoBERNAMA (2020) ALL RIGHTS RESERVED 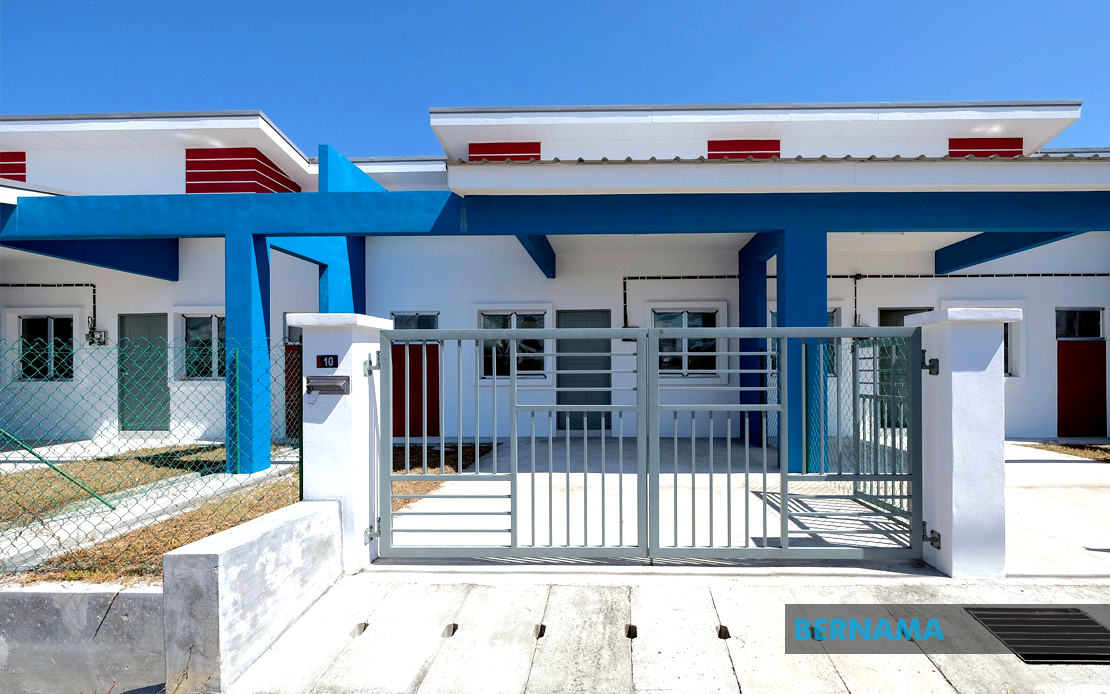 A PPR Project in Seri Iskandar. --fotoBERNAMA (2020) ALL RIGHTS RESERVED 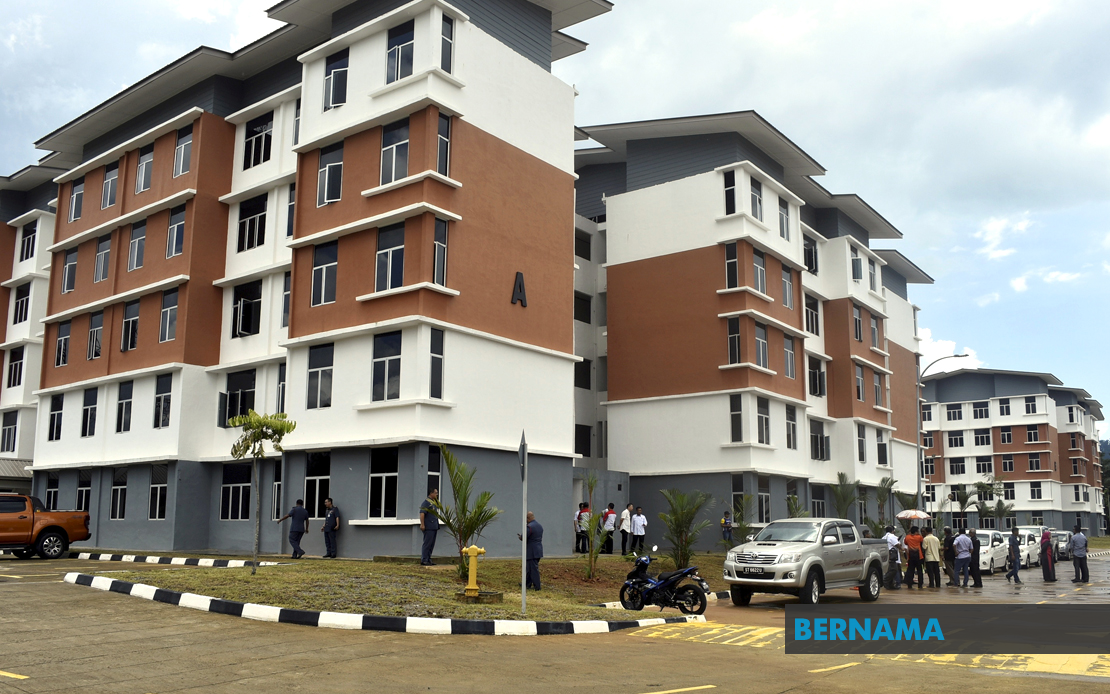 A PPR Project in Tawau. --fotoBERNAMA (2020) ALL RIGHTS RESERVED
x 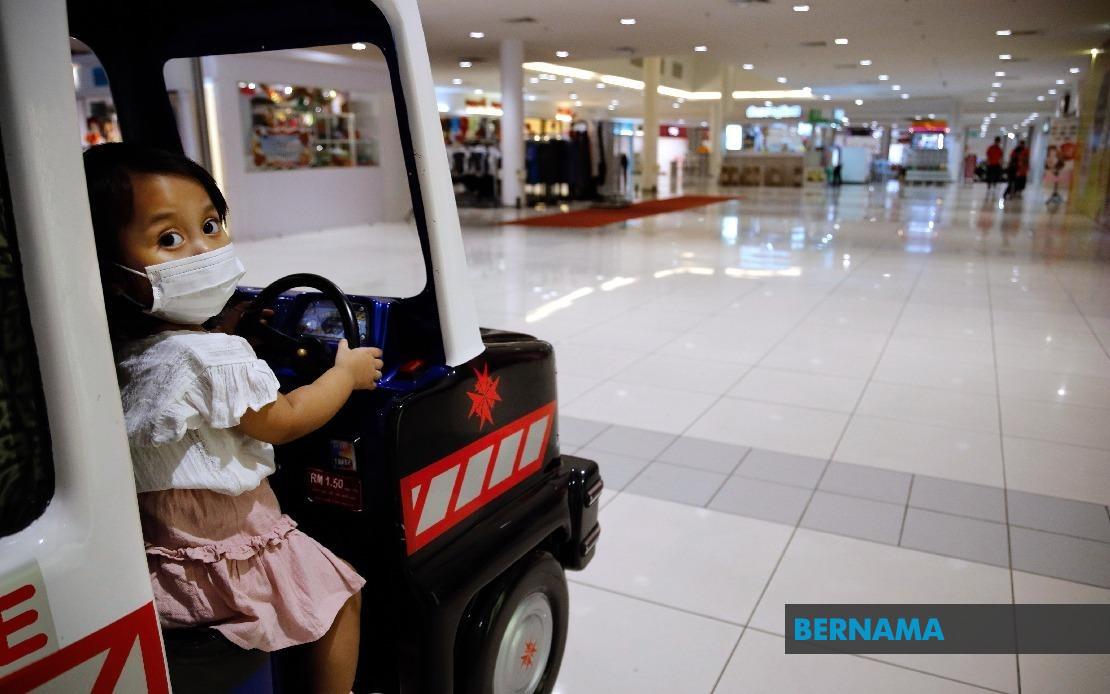 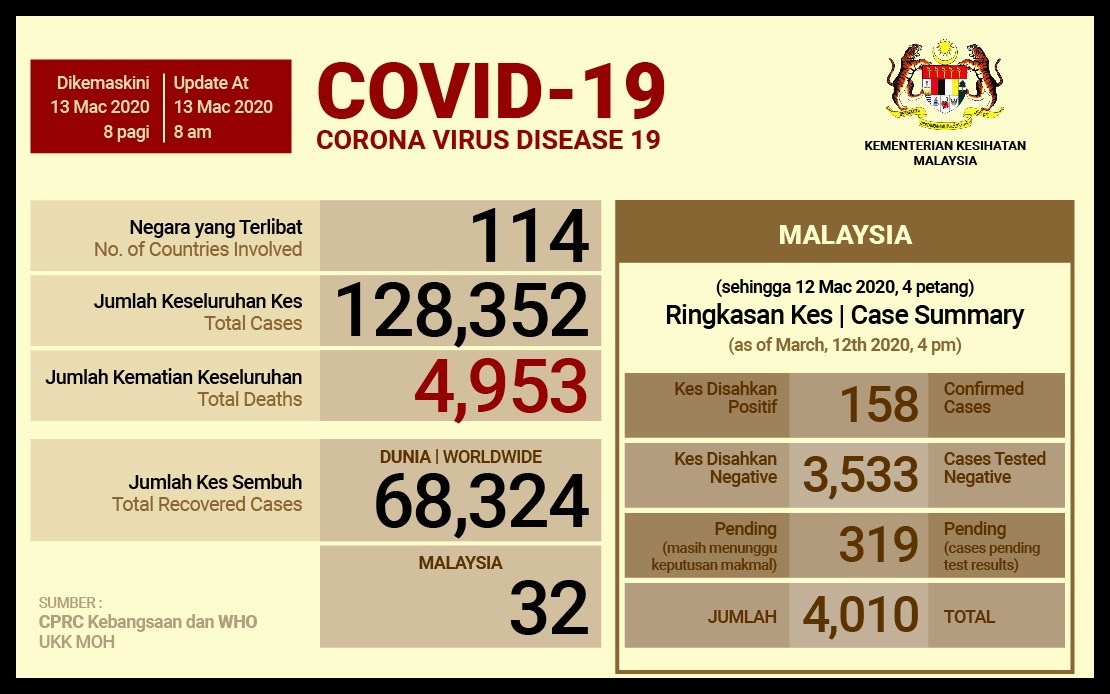 KUALA LUMPUR (Bernama) -- Guess what is the going rental rate for a PPR flat in Bangsar? About RM1,200 a month.

It is ironic that flats built by the government for the B40 group under its People's Housing Project (PPR) programme are being rented out to others at steep rentals.

PPR flats, by right, are meant for low-income earners who can either rent or buy a unit built under the programme.

My friend Hidayah, 34, recently moved to Bangsar from another part of the city after she got a job at a media organisation located in Bangsar.

She wanted to stay somewhere close to her office and managed to find a vacant unit at the nearby PPR. The three-bedroom unit has a total floor area of 800 sq feet (74.3 sq metres).

"When I asked the owner why the rental was high (RM1,200 a month), he told me it was furnished and also has a refrigerator and washing machine.

"Because the location was so convenient, I took the flat. I heard that others were renting out their units in the same place at up to RM1,800 a month. Well, rentals are high here as this is Bangsar," she told me.

After hearing Hidayah's story, I thought about the issue at length. Isn't it an offence for an individual who has been offered a PPR unit by the government to rent it out to a third party?

Regardless of whether the individual is the rightful tenant or owner of the PPR flat, he/she cannot make use of the unit for financial gain.

The objective of the government's PPR programme is to provide residential units in urban areas to B40 householders and also resolve the housing woes of squatters.

Under the programme, individuals who qualify for the units can either rent or buy them.

Under the rental scheme, they are required to pay a rent of RM124 a month. Under the ownership scheme, qualified buyers can buy the units at RM35,000 each in Peninsular Malaysia and RM42,000 in Sabah and Sarawak. The actual market price for such units can exceed RM200,000.

Unfortunately, many deserving B40 householders are denied the opportunity to rent or own a PPR unit, no thanks to the greed of certain people who are trying to make a fast buck.

The truth is, the demand for PPR units is high as they are located in urban areas and situated close to public transportation hubs. The flats are quite comfortable with each unit having three bedrooms and a floor size of not less than 70 sq metres. What is more, each PPR project comes complete with a community hall, surau and kindergarten.

Certain so-called owners or tenants of the PPR flats are taking advantage of the prime location of their properties by renting their units to others at steep rates. Some of them are even boldly advertising their units on online housing rental sites.

Just consider this: the unscrupulous "tenant" merely pays a monthly rental of RM124 to the government but he leases the flat to a third person at RM1,200 a month and gets to earn RM1,076 a month just like that!

It is understood that some PPR flat owners have even gone to the extent of renovating and converting their units into six-bedroom flats. This information was relayed to me by a friend named Johari whose parents are renting a PPR flat in the Klang Valley. More rooms mean more tenants, which translate into higher rental income. It is as simple as that.

More often than not, the units are rented out to migrant workers who sometimes return home drunk or enjoy harassing young girls residing in the same PPR.

Time and again, Housing and Local Government Minister Zuraida Kamaruddin has reminded PPR housing recipients not to abuse their privilege.

In a statement recently, the minister said new guidelines will be introduced in June this year for new applicants for the PPR units. The guidelines will include the implementation of a demerit system whereby anyone found violating the rules can be expelled from the programme.

Presently, those who violate any condition stipulated in the PPR tenancy agreement contract is issued a termination notice by the relevant state government or local authority.

Meanwhile, PPR unit owners who violate any condition in the sale and purchase agreement and statutory declaration face a three-year jail term or fine if they are found guilty by the court under the Statutory Declaration Act 1960.

The rules are there but some people choose to ignore them. Perhaps, stricter enforcement is necessary but, apparently, some errant PPR flat owners somehow get a whiff of an impending operation and are able to be present at their units by the time the officers come knocking on their doors.

My pal Johari related an enforcement operation that took place at the PPR where he lived with his parents.

"I don't know who told them but some of the owners (who rented out their unit to others) knew about it (operation). When the officers came to check, they were in their respective flats while their tenants had 'disappeared'," he said.

I guess more proactive and integrated action needs to be taken to tackle this issue. It is understood that the authorities receive thousands of applications for the PPR units from people who truly deserve them. It is unfortunate that they have to be kept waiting due to the greed of certain irresponsible parties.

(This commentary expresses the personal views of the writer and does not reflect Bernama's stand.) 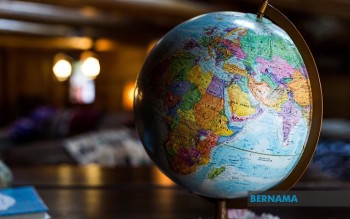 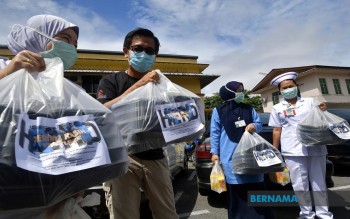 MCO: JKM offices to be turned into food collection centres 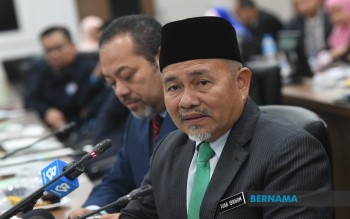 Ministry to study possibility of COVID-19 spreading through sewers