AirAsia.com joins forces with Turkish Airlines to prepare for return of international travel

Since its release on Nov 12, the movie, which is partly inspired by actual events encountered by its founder, G.R Gopinath and his book “Simply Fly”,  has been getting rave reviews. 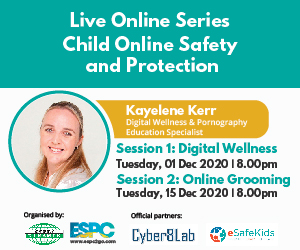 Gopinath acknowledged that the movie with its lead actor, Suriya Sivakumar has captured the essence of his book although it was heavily fictionalised perhaps to suit the need of a movie.

Regardless of the dramatised part, having covered AirAsia, Malaysia’s only low-cost airline when it started with merely two aircraft in 2001, I can vouch that the struggle of a first generation entrepreneurs in general and low-cost airlines in particular presented in the movie is a reality till to this day.

It takes monumental grit in getting people to believe in a business idea that is out of the norm as both Air Deccan and AirAsia wanted air travel to be more affordable at a time when it was exclusive to the privileged.

Every destination and landing rights was a hard fought one with the Kuala Lumpur and Singapore routes among shortest but took the longest time to be opened up for low-cost airlines.

As a young journalist then, I remember asking Tan Sri Tony Fernandes if he wasn’t getting tired of fighting for it.

On Feb 1, 2008, after six years of rows, AirAsia made its maiden flight from Kuala Lumpur to Singapore, literally flashing the red card at Malaysia Airlines (MAS) and Singapore International Airlines (SIA) as it broke the duopoly market.

To date, the airline has carried more than 500 million passengers to over 130 destinations.

Fast forward to 2020, the coronavirus pandemic has hit the aviation industry hard, and AirAsia was not alone in this.

Like other airlines, AirAsia was forced to ground its fleet for months and layoff of some of its employees as borders were closed to stem the spread of COVID-19.

AirAsia Japan has filed for bankruptcy, and the group also hinted at possible exit from India.

On the positive note, the aviation business is expected to return to pre-pandemic levels on many routes by mid-2021, if not earlier, given the general outlook that air travel will be bouncing back real soon.

Being the man of many hats, Fernandes recently dotted the food delivery guy cap as the airlines embark on food delivery business.

He posted on his Instagram, “Getting ready to make food deliveries to your house.” He was pictured beside a delivery bike carrying meals of airasia food.

Fernandes also posted a picture of First Officer Sanjiv, working in the kitchen and helping out in Santan, a restaurant that serves in-flight meals at the new outlet in 163 Mout Kiara.

They are not alone, Malaysian pilot Azrin Mohamad Zawawi also made headlines recently.

Azrin, 44, started food business “Captain’s Corner” in a suburb just outside the capital Kuala Lumpur after being retrenched.

A picture of him wearing his captain’s uniform with red apron went viral on social media.

Hence, the inspiring movie “Soorarai Pottru” could not have come at a better time as businesses struggle to survive and employments take a rout.

Although Air Deccan was eventually acquired by Kingfisher Airlines, the movie portrayed it otherwise, with the lead character Maara, played by Suriya saying,”never let anyone rob you, of your dreams or hard work.” The movie undoubtedly will be the actor’s best inning for a long time to come.

And to all entrepreneurs and individuals, the one who fights one more time is never wiped out.

AirAsia.com joins forces with Turkish Airlines to prepare for return of international travel

Cargo scanners at Labuan Ferry Terminal a must to curb smuggling