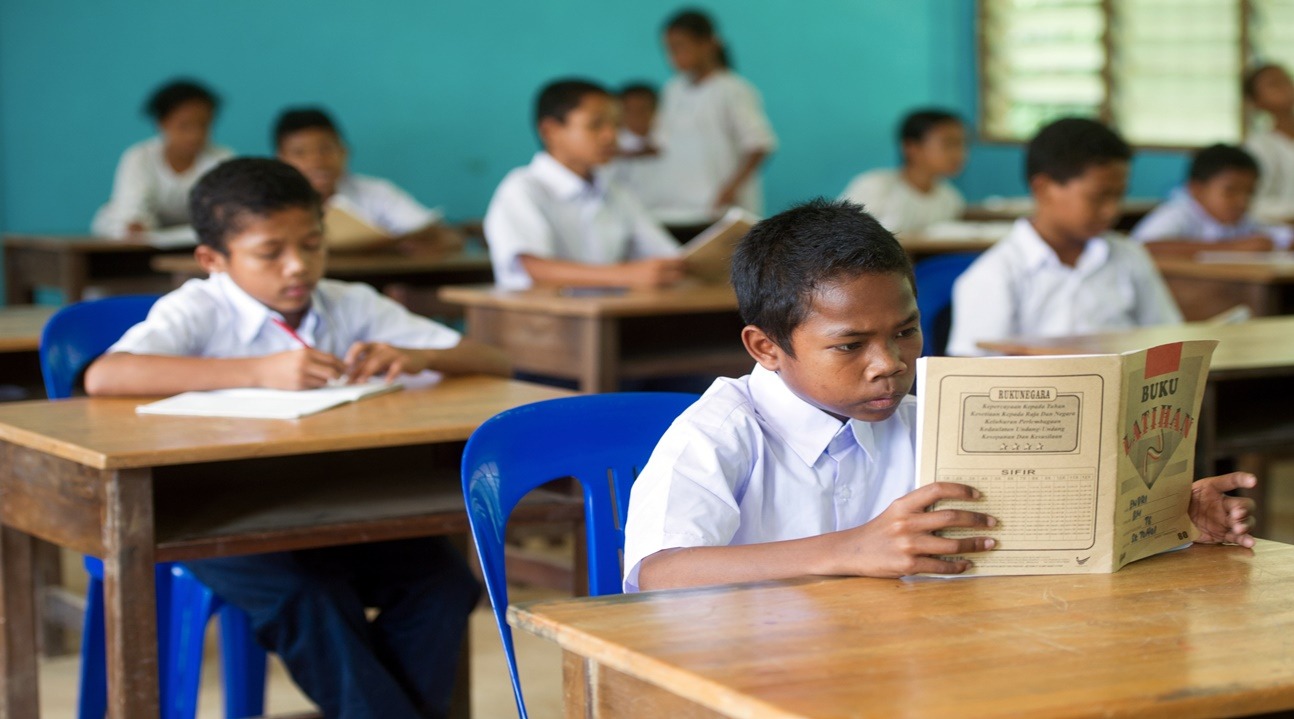 The issue of Orang Asli schoolchildren dropping out of school has been a longstanding one despite efforts taken by government and private agencies and NGOs to encourage them to complete their education.

In this fourth of a five-part article dissecting the root causes of this issue, Bernama investigates disturbing allegations of bullying and discrimination which could be some of the reasons for Orang Asli students to quit schooling.

GUA MUSANG (Bernama) – Farkra Ferdy’s parents noticed drastic changes in his behaviour whenever he returned home during the school holidays.

Farkra (not his real name), 15, an Orang Asli from the Temiar clan dwelling in Kampung Kuala Wook here, is a Form Three student at a mainstream secondary school here and stays at the hostel.

The second youngest among 13 children, the once chirpy teenager preferred to be alone and also seemed to have lost his appetite and even cried at times. He was also reluctant to return to the hostel once the school holidays were over.

His parents were understandably worried. According to them, Farkra was excited and eager to return to school when face-to-face learning sessions resumed last year after schools were closed to control COVID-19. He was then in Form Two.

“He wanted to be like his (older) brother who scored six As in SPM (Sijil Pelajaran Malaysia). He is also the type who loves to read during his free time. But we noticed changes in his behaviour ever since he started studying in the secondary school,” Farkra’s father Ferdy Along (not his real name) told Bernama.

Ferdy, 46, said his son was always cheerful when he used to study at Sekolah Kebangsaan (SK) Kuala Lah, located about 21 kilometres from their settlement Kg Kuala Wook, and stayed at the school hostel.

“His cheerfulness disappeared after he joined the secondary school,” he added.

Ferdy eventually found out the reason – his son was a victim of bullying which took a toll on the poor boy’s mental health. The bullies were Farkra’s schoolmates who made him the target of their racist rants just because of his indigenous identity.

IS IT WRONG TO BE AN ORANG ASLI?

Said Ferdy: “When he (Farkra) was in primary school, all the pupils there were Orang Asli so there were no problems. But when he joined the secondary school, some of them (students) called him using derogatory terms and made fun of his physical appearance. Even though he would be dressed neatly and wore clean clothes, they would say the Orang Asli dirtied the school.

“The taunting took place all the time. He has also been punched and had his clothes flung down from the top floor. He was also forced to wash the toilet.”

Ferdy said all that bullying caused his son to feel ashamed to have been born as an Orang Asli.

“He wanted to quit schooling and told us he no longer wanted to pursue his ambition of becoming a teacher in a remote school.”

Kg Kuala Wook, located about 52km from Gua Musang town, has a population of over 300. Due to its remote location, the village is not even visible on Google Maps and is only accessible by air or via a potholed and hazardous logging road.

Ferdy, who is also the spokesman for Kg Kuala Wook residents, said currently more than 20 children from the village are studying at a mainstream secondary school and like his son, some of them have faced bullying and racial discrimination too.

He said most Orang Asli children who experience bullying don’t report the matter to their teachers as they don’t want to create any problem.

“But when I saw Farkra looking increasingly troubled and he wanted to stop schooling, I decided it was time for me to see his school teachers.

“After I met them, investigations were carried out and the students concerned (the bullies) were counselled. After this Farkra was no longer bullied. I’m grateful to the teachers for this but he is still afraid to return to the hostel each time the holidays end,” he said.

While sad their son had to endure torment and abuse at the hands of the school bullies earlier, Farkra’s parents keep motivating him to study hard so that he can fulfill his dream of being a teacher.

The nasty experience also opened his parents’ eyes to the importance of maintaining a good relationship with their son’s teachers so that they can keep tabs on his progress in school.

As it is not easy for Ferdy to travel to his son’s school regularly to meet his teachers due to the poor state of the road connecting Kg Kuala Wook to the “outside world”, he communicates with them via phone calls and the Internet as these communications services are, fortunately, available in their settlement.

“The taunting took place all the time. He has also been punched and had his clothes flung down from the top floor. He was also forced to wash the toilet. He wanted to quit schooling and told us he no longer wanted to pursue his ambition of becoming a teacher in a remote school," -- Farkra’s father Ferdy Along

The folks in Pos Simpor, a remote Orang Asli post located 98km from Gua Musang town, are also familiar with cases of bullying and racial discrimination in national secondary schools.

As Pos Simpor women emergency team chief Senourei Johari, 26, puts it, “this negative culture is something we ‘inherited’ generation after generation.”

The mother-of-two, who has SPM qualification and is a housewife, said some of her Orang Asli classmates were forced to terminate their studies as they could no longer tolerate the bullying and racial slurs hurled at them by others.

“We all felt embarrassed and asked ourselves why they (students of other races) don’t want to accept us as their friends. The teachers (not all of them) would only focus on the smart students and even provide extra classes for them while we were ignored,” she said, adding that during her time in school, many Orang Asli students dropped out of school.

Thankfully, with the opening of Sekolah Menengah Kebangsaan (SMK) Panggung Jaya near their area in 2019, Pos Simpor students no longer have to be afraid of bullies. SMK Panggung Jaya is the first secondary school in Kelantan built exclusively for Orang Asli students.

Senourei, however, said to this day she still hears of bullying cases involving Orang Asli students in mainstream schools.

Pos Simpor acting headman Mohd Syafiq Dendi Abdullah, 30, said he himself was a victim, adding that the bullying culture was instrumental in him dropping out of school.

“The incidence of bullying in national schools used to be a hot issue among the parents residing in this area. I myself left school when I was in Year Four and joined a community college run by an NGO (non-governmental organisation),” said the father-of-three.

Kelantan Network of Orang Asli Villages chairman Mustafa Along, 35, said many complaints of bullying and racism are forwarded to him whenever he meets the heads of Orang Asli villages or posts in Kelantan.

He found that language, physical and poverty factors are the main reasons the indigenous children are harassed and discriminated against.

He feels the new federal government should look into this issue more seriously and take steps to put a stop to it, adding that the Orang Asli have encountered bullying for years and children have dropped out of school because of it.

“In mainstream schools, our community is often targeted by bullies as they think we’re weak and a minority group at that. They think our children are easy to intimidate because of our shy and quiet ways… our children are like that because they are only used to mingling with their own people and it takes them time to get to know the outside world,” he said.

Meanwhile, former senator for the Orang Asli Datuk Isa Abdul Hamid said the incidence of bullying is not only present in Kelantan but the whole peninsula.

He claimed that bullying is a serious issue for students from the Negrito Orang Asli group dwelling in the interiors of Kelantan and Terengganu, with the tormentors preferring verbal over physical abuse.

In a written reply to questions submitted by Bernama, Department for Orang Asli Development (JAKOA) director-general Sapiah Mohd Nor admitted that bullying has been identified as one of the reasons for Orang Asli children to drop out of school.

“In general, among the factors that cause them to drop out are their failure to adapt to other races, the school curriculum which doesn’t fit in with the Orang Asli culture, racial stereotyping and parents’ attitudes,” she said.

It is understood that the dropout rate among Orang Asli schoolchildren dropped from 20 percent to 17 percent in 2016. In 2018, it dropped further to between 13 and 15 percent. The percentages were calculated based on the number of Year Six pupils registering to enrol into Form One each year.

These figures, however, don’t reflect the actual dropout rates as they don’t take into account students who leave school halfway or fail to complete their education up to the fifth form.

A study carried out by Universiti Kebangsaan Malaysia, titled ‘An Analysis of the Participation and Dropout Trends Among Orang Asli Students’, found that out of 100 children entering Form One, only six succeed in completing their education up to the fifth form. The rest could not be traced to establish whether or not they completed school.

Another analysis done by JAKOA’s Education Unit showed that out of the 3,200 students who registered to enter Form One in 2014, a total of 2,062 remained in school until the fifth form in 2018. This means 1,138 students or 42.12 percent failed to complete their education up to Form Five.

Isa said education data for 2019/2020 showed a higher number of Orang Asli children studying in mainstream primary and secondary schools compared with the number studying in the schools set up exclusively for the Orang Asli.

There are 99 Orang Asli schools nationwide, 97 of them being primary schools and two secondary.

He said in view of the rather large number of Orang Asli schoolchildren enrolled in mainstream schools, it is pertinent that the government seriously look into the allegations of bullying.

“If nothing is done, such bullying will not only prevail in rural (mainstream) schools but also in schools located in suburban areas, like in the case of SK Mawai in Johor which recorded a dropout rate of nearly 90 percent among its Orang Asli pupils from the Kanaq ethnic group,” he said.

The school attributed the high dropout rate to the inability of the children to compete and interact with the other races.

To address the issues faced by the Orang Asli children, Isa suggested that the government place Orang Asli teachers in mainstream schools that have a sizeable number of Orang Asli students.

He also said more motivational courses should be held to motivate them and prevent them from faltering should they meet any challenge in their school life. He also called on the authorities to evaluate and review the effectiveness of the programmes implemented in the past to foster closer interaction between the Orang Asli and other races.

Universiti Malaya Faculty of Arts and Social Sciences senior lecturer Dr Rusaslina Idrus attributed the cases of bullying and discrimination to the lack of knowledge about the Orang Asli community.

Rusaslina, who has done a number of studies on the Orang Asli, said the history and culture of this indigenous community should be included in the school curriculum.

“Schools are supposed to be safe places for the children studying there. There must be mutual respect and harmony among them no matter what race they belong to. The time has come for everyone to get to know the Orang Asli more closely and this can be done through the school curriculum,” she added.

Orang Asli: High Dropout Rate Due To Lack Of Monitoring, Evaluation Of Aid Programmes
Orang Asli: Poverty Forcing Children Out Of School
Orang Asli: Are They Putting Their Children’s Lives On The Line For The Sake Of Education?