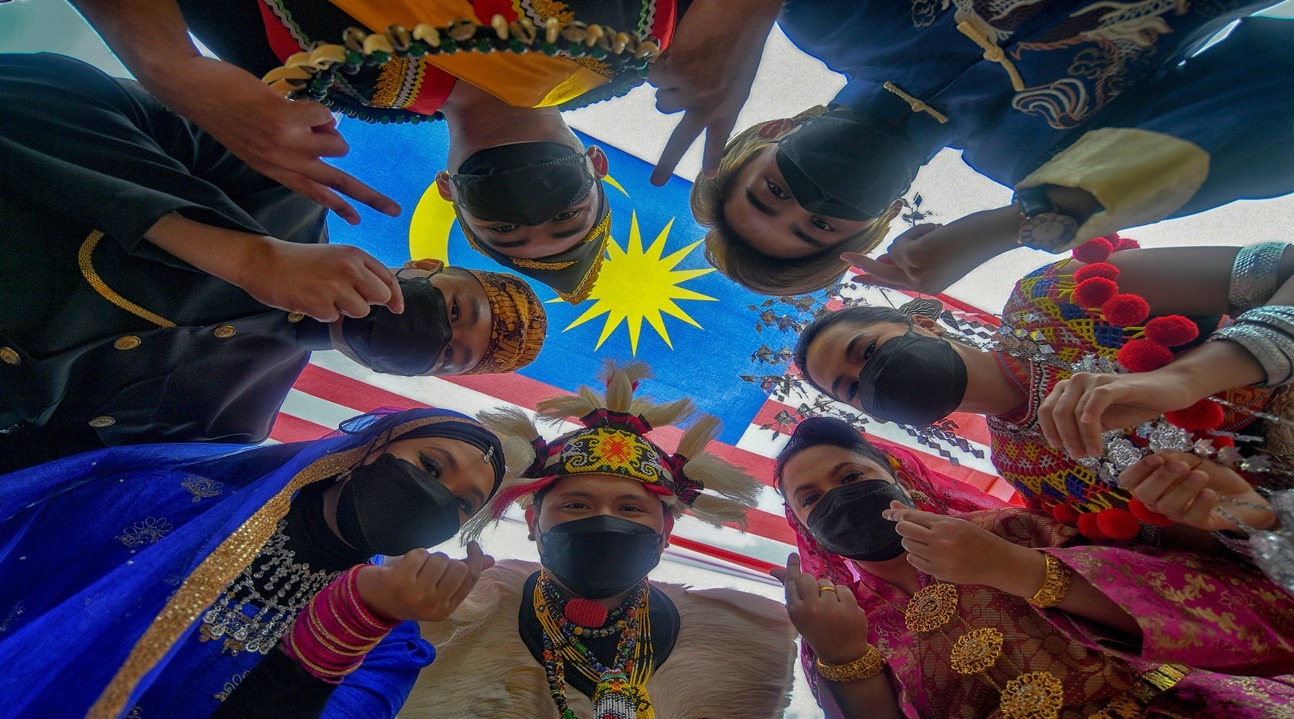 KUALA LUMPUR (Bernama) – Boosting racial unity certainly has to be one of the priorities of the new government – some damage control in this area is inevitable in the wake of the racially inflammatory messages and videos that have been circulating on social media following the announcement of the 15th general election (GE15) results.

The matter even gained the attention of the Malay rulers. The Yang di-Pertuan Besar of Negeri Sembilan Tuanku Muhriz Tuanku Munawir said on Wednesday that political leaders should refrain from using racial or religious issues to incite Malaysians against one another.

Tuanku Muhriz, who chaired the 260th meeting of the Conference of Rulers at Istana Negara on Tuesday and Wednesday, also called on the unity government helmed by Datuk Seri Anwar Ibrahim to foster the spirit of togetherness among Malaysians, regardless of race or religion.

The ruler also proposed that the Rukun Negara be declared at suitable functions, adding that this will prove that the government is serious about making the Rukun Negara the basis and guide for all Malaysians.

Commenting on this, Professor Emeritus Datuk Dr Teo Kok Seong said it is a clear message to the new prime minister that he must take the necessary steps to strengthen national unity.

He said racial unity is critical to creating a stable nation which, in turn, will have a positive impact on the economy and the well-being of the people.

“The call by the Conference of Rulers and the proposal by the Yang di-Pertuan Agong Al-Sultan Abdullah Ri’ayatuddin Al-Mustafa Billah Shah to form a unity government show that the palace wants all racial conflicts to end,” Teo, who is a fellow of the National Council of Professors, told Bernama.

Malaysia, he said, has yet to achieve the level of unity most people assume it already has attained because “what we’re experiencing now is only integration”, hence the reason for “flare-ups” to occur each time an issue reeking of racism is raised by irresponsible quarters.

Narratives inciting racial hatred had served as fodder for some of the GE15 candidates who fished for votes without caring about the repercussions.

“We (Malaysians) seem to be united but (our unity) is not really strong. The level of integration we are enjoying now is only visible at certain times and places and risks falling apart anytime.

“It’s integration and not unity when we don’t know the other races (we live with) well enough, when there is a deficit of trust and when misunderstandings occur easily. This is why we get angry so easily when someone plays up a racial issue,” he said.

On the other hand, when there is true unity in a plural society, the deficit of trust is nonexistent. In such a situation, the spirit of togetherness among the people is so resilient that no one can tear them apart with their racist rants.

Admitting that efforts to form and strengthen unity can be quite challenging, Teo said it will not be impossible to achieve unity if the government led by Anwar places more emphasis on basic matters such as education.

“I hope the government will look into unity right from the kindergarten stage. Presently the children are segregated (and don’t mingle with children of other races) and this situation continues until they go to primary school.

“This education system that encourages and allows segregation must be reviewed because it hinders the nation from attaining unity,” he added.

“The call by the Conference of Rulers and the proposal by the Yang di-Pertuan Agong Al-Sultan Abdullah Ri’ayatuddin Al-Mustafa Billah Shah to form a unity government show that the palace wants all racial conflicts to end,”-- Professor Emeritus Datuk Dr Teo Kok Seong

“We shouldn’t forget the importance of the five objectives of the full text of the Rukun Negara, the first objective being forging closer unity among the citizens.

“I think our adherence to the Rukun Negara principles is the best approach we can take to form a strong unity government and work towards national harmony,” he said.

Lee also sees a need for Anwar to create a special agency or portfolio to further strengthen the spirit of togetherness among the various ethnic groups of Malaysia, adding that a leader from Sabah or Sarawak could be appointed to head the agency concerned.

Dr Noor Nirwandy Mat Noordin, a security and political analyst at the Centre for Media and Information Warfare Studies at Universiti Teknologi MARA, opined that public understanding of the Federal Constitution, Rukun Negara and National Security Policy must be beefed up to reduce racial prejudice.

He said one should study certain aspects of the Federal Constitution before making comments arbitrarily just to fulfill their own agenda.

He is also of the view that the new government should seek effective solutions to the problems concerning race relations.

“In Indonesia, Bahasa Indonesia as the national language is used as an agent to unify the people.

“We can see how proud they are to speak in Bahasa Indonesia and to be Indonesian citizens. Over there, the element of unity goes across religion and race and this should be made an example,” he added.

EPF Withdrawals Not A Viable Solution To Cash Flow Issues – Experts
Two-third Support Vital For Anwar, Says Analyst
PN Has What It Takes To Be An Effective Opposition Bloc – Analysts